CLICK HERE  TO LEARN ABOUT THE  BENEFITS OF COLLOIDAL SILVER

Glands are organs that secrete substances which produce a physiological response.

Dogs and cats, while domesticated, are still carnivores/predators. For millennia, they have survived by eating other animals. Observation of wild carnivores shows us that the first parts eaten after the kill are typically the abdominal contents (liver, spleen, kidneys, adrenals, pancreas and intestines) because the highest priority is placed on eating these organs – most likely due to their concentrated nutrient content. The genetic makeup of our companion dogs (and cats) is historically, in combination with other factors, based on a diet that includes organ meats and glands.

Processed pet foods do not include glandular tissues as ingredients, even those of us who feed a raw diet to our dogs may often neglect to include some organs and glands.

The removal of this traditional food group may well be one of the major contributing factors to the growing number of chronic health conditions seen in pets today.

The use of tissue from one species to help rebuild damaged tissue in another species dates back thousands of years. The papyrus of Eber, the oldest known medical document from about 1600 BC, describes the injection into humans of preparations made from animal glands. In the Middle Ages, the physician Paraclesus wrote and practiced the maxim “heart heals the heart, lung heals lung, spleen heals spleen; like cures like.”

“Glandular Therapy” or GT is based on this theory of homostimulation, that ‘like supports like. For example, an animal eating a piece of liver is taking in nutrients that closely resemble his own liver, providing the body with similar building blocks and fuel for repair. For instance, a damaged liver needs a specific and complete combination of amino acids and other materials to rebuild functional liver cells. In GT, the most complete source of materials for liver repair would of course, be healthy liver cells. What about brain damage? A closer look at brain tissue reveals a rich source of fats (phospholipids, Omega-3 and other fatty acids) vital to the repair and maintenance of brain tissue. Bovine trachea and cartilage contain glycosaminoglycans, important compounds (like hyaluronic acid, chondroitin sulfate) for joint health.

“Raw glands also contain “protomorphogens”. These are compounds found within the cell’s nucleus. Research indicates that these compounds are similar in different species of animals. When an individual develops an auto-immune disorder, it usually forms antibodies to its own nuclear material. By putting protomorphogens into the system, the antibodies “attack” them instead of the animal’s own tissue. By distracting the immune response, the gland or organ is given time to heal.” Dr. Russell Swift

Hormonal influence
There are a number of theories about exactly how glandulars work. The earliest medical hypothesis was that the glandular preparations supplied the hormones that the patient’s damaged glands failed to produce themselves.

Researchers found they could maintain the lives of adrenalectomized cats by giving the cats adrenal extracts. (In fact, the Pottenger cat study, which most raw feeders are familiar with, was originally designed to help Pottenger regulate the potency of an adrenal extract he was manufacturing. The nutrition study evolved out of his observations of the adrenalectomized research cats.)

It turns out that cells are attracted to and nourish “like” cells – even if they are from a different species. By tracing stained or radioactive cells, research has shown repeatedly that the injected cells accumulate in the like tissue of the recipient.

For example, one study conducted in 1979 by T. Starzyl, showed that when animals with chemically damaged thyroids were given thyroid cells, there was a marked regeneration of the damaged thyroids. In addition, glandular supplements provide a wide variety of nutrients and enzymes. These amino acids, peptides, enzymes, and lipids may directly help with the functioning of the glands and organs. Besides that, they’re good nutrition.

Following are some suggestions, however, carnivores should get a mix of glandulars as a regular part of their diet at least once a week to maintain thriving health unless you are feeding whioe prey.

* Heart – cardiomyopathy and other heart problems

My personal confidence in glandular therapy and whole, raw food nutrition making a difference in an animal’s health, comes from years of personal witnessing the successful restoration of wellness in many client’s and reader’s dogs (and cats).

In conclusion, we need to realize that species specific nutrition is the foundation of thriving wellness. I’ve learned and seen first hand that when the diet is correct and it is supported with either fresh, whole glands or glandular-containing food supplements in addition to proper exercise in the fresh air and sunshine and positive, joyful thoughts, healing is possible!

Always look for glandular supplements from antibiotic and hormone free animals that have been pasture raised and if possible, not vaccinated. Make sure they have been processed at low temperature to preserve fragile nutrients.

I am proud to recommend PAW HEALER  glandular concentrates/supplements from Argentinian range-grazed animals with No Additives, No hormones, No Pesticides that are gently dried at low-temperatures to preserve naturally occurring vitamins, enzymes, nucleotides, lipoproteins and all other cell components. 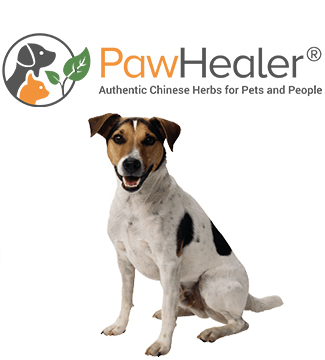 This above article is from my Mentor and Teacher Dr. Jeannette Thomason, who passed away recently. I am sharing some of her posts on this site to keep the information in circulation