CLICK HERE  TO LEARN ABOUT THE  BENEFITS OF COLLOIDAL SILVER

Your Pet has a unique group of many distinctive types of Microorganisms and other microbes such as bacteria, viruses, fungi in its gut or GI tract. This is called ‘the gut microbiome’.

These Microorganisms are all around and within our pet’s body. The vast majority of bacteria on, in and around us and our animals are either harmless or helpful for our pets and ourselves as well. In fact, experts are just starting to understand how much the friendly bacteria actually play vital roles in influencing many aspects of our fur family’s as well as our own balanced well being.

A healthy gut microbiome is critical for your pet’s vital health. This can range anywhere from nutrient absorption to their overall mental health and well-being.

When the microbiome become out of whack, illnesses such as digestive problems, weakened immune system, canine diabetes, inflammatory bowel disease (IBD), and just overall low vibe, poor energy resulting in depression can be the system.

The average dog or cat has an abundant number of Microorganisms; in fact, the number of microbial cells is around 10 times that of host cells consisting of around 1000 times more microbial genes.

In today’s world of drugs and disease being rampant we are seeing a rise in poor health in our pets. So many of these modern issues arise from microbiome-associated disorders in our dogs and cats as well as ourselves.

This is due to the prevailing pet food diets, overuse of antibiotics and steroids. Over vaccination and lifestyle choices such as toxins in the environment. Also caused from pets mostly living indoors while we use antimicrobial cleaners and other toxic products.

Fortunately, it is possible to restore and maintain a healthy gut microbiome for your pet without using medications with adverse side effects.

To start with instead of using antibiotics we can find more natural solutions for killing off the bad, harmful bacteria and adding in more of the friendly bacteria with prebiotics and probiotics. 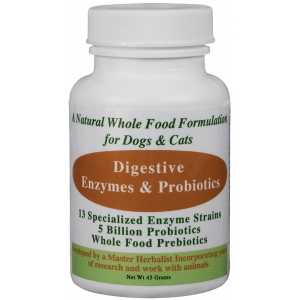 Colloidal silver can help to boost natural immunity and suffocate those low-lying bad pathogens that are wreaking havoc in your pets unbalanced body. When the overrunning harmful bacteria is under control the beneficial gut bacteria can get the pet’s body back into harmony and balance. This is what we call ‘High Vibe’ health.

Many people wonder if colloidal silver kills friendly bacteria as well…the answer is no it does not get that far.

Our Colloidal Silver for Pets is mostly nanosilver  which is considered effective at killing off bad bacteria because the silver particles are small enough to pass through the walls of the body’s cells to get to where the harmful bacteria are hiding.

Not making it to the gut where the microbiome is populating.

You're simply not going to kill off such a large quantity of beneficial bacteria with a few ounces of colloidal silver per day or even significantly more. And since the friendly beneficials are very plentiful and reproduce very quickly any die-off is probably replaced through reproduction with new “microflora’ before the day is over, particularly if you feed a raw, balanced diet and give probiotics fairly regularly.

Because of two main reasons. First, most of the colloidal silver is absorbed directly through the stomach lining itself, with not much getting down into the small intestine where the good bacteria is, and second, because colloidal silver works in a liquid medium in which the silver itself is nano-particle in size.

The animal’s stomach extracts the majority of the liquid from the food while in the stomach, so that what goes into the small intestine is quite thick, an oozy material that seems to protect the good bacteria.

There are probably other undercurrents that we don’t know about as far as how the silver is attracted to the harmful bacteria and how it works in the body.

There has been testing done to see if silver does accumulate in the animals body. The testing showed that ALL of the silver left the body within 24 hours, which is why it is so safe.